Freedom from the Known

This 3-day program will strive to feature a diverse range of perspectives on the theme of freedom from the known.

3-days of Live Streaming and Access to the Recorded Videos: $12.00

This year’s Explorations Conference will be held from Friday, April 26, through Sunday, April 28, 2019, at the Krishnamurti Educational Center in Ojai, California.

The topic of this year’s conference is Freedom From the Known.  The conference will open with a presentation on the what, why and how of ‘freedom from the known’ from K’s perspective (or, more precisely, our best understanding of K’s perspective).  What did K mean by the terms ‘known’ and ‘freedom’; why did K emphasize the importance of being free from the known; and how did K suggest such freedom might come about?

This opening presentation will be followed by talks that feature a diverse range of questions and contemporary perspectives on this theme from the discipline of evolutionary and developmental biology, neuroscience, psychology, sociology, and philosophy.

The program will feature formal presentations by four or five speakers from different disciplines, question and answer sessions, and panel discussions. There also will be opportunities for informal conversations and dialogues, but no formal group dialogues. More details regarding the speakers, program and other logistics will be forthcoming in the near future.

Donald Hoffman, is an American cognitive psychologist and popular science author. He is a Professor in the Department of Cognitive Sciences at the University of California, Irvine, with joint appointments in the Department of Philosophy, the Department of Logic and Philosophy of Science, and the School of Computer Science. Hoffman studies consciousness, visual perception and evolutionary psychology using mathematical models and psychophysical experiments. His research subjects include facial attractiveness, the recognition of shape, the perception of motion and color, the evolution of perception, and the mind-body problem.

Cory Fisher has been involved with the work of the Foundation for four years. He was one of the first batch of Residential Students at the KEC and lived on the campus. Currently, he is the Director of Publications and Archives for the KFA. Cory has facilitated several programs. His other main passion is fine art. Cory’s role at the conference will be to articulate what Krishnamurti’s teachings say about the various topics that will be discussed at the conference.

Jaap Sluijter, is the moderator and one of the facilitators of this conference. He has a long-standing interest in the questions raised by J. Krishnamurti. Currently, Jaap is the Executive Director of the Krishnamurti Foundation of America. Previously, he lived and taught for nine years at Brockwood Park School in England. He has an MA in Mechanical Engineering and worked as a design engineer in the field of camera systems and musical instruments.

Pathik Wadhwa is a Professor of Psychiatry & Human Behavior, Obstetrics & Gynecology, Pediatrics, and Epidemiology at the University of California, Irvine, School of Medicine, where he directs the UC Irvine Development, Health and Disease Research Program. Pathik received his medical degree from the University of Poona, India, and his doctorate from the University of California, Irvine. His research addresses the question of how is it that we come to acquire our specific (individual) mental and physical characteristics, with a focus on the role of developmental processes before birth (i.e., during the intrauterine period of life), the biological pathways that underlie this phenomenon, and its implications for future health and disease susceptibility. Since its inception, this research program has been continuously funded by the U.S. National Institutes of Health. Pathik has a long-standing interest in many of the questions, issues and perspectives advanced by Krishnamurti.

Who is this for

Venue of the Event: Pine Cottage 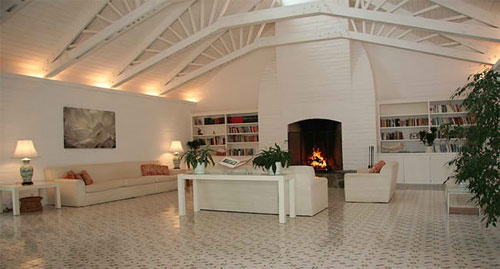